IF you thought living in the virtual reality of the metaverse would let you escape the pains of the real world, you made need to think again.

The start-up is working on a metaverse wristband to be used alongside a VR headset.

The wristband aims to allow users to move around in the virtual world but feel sensations like pain and the weight of objects.

It works by electrically stimulating a wearers arm muscles.

A user is said to be able to feel sensations like their skin being pinched or a weight in their hands. 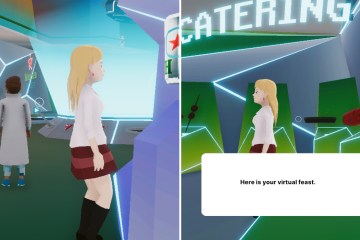 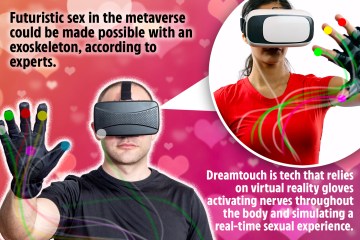 According to the Financial Times, Emi Tamaki, the CEO of H2L Technologies, had the idea for the technology when she had a near-death experience in her teens.

When suffering with a cardiac condition she thought up the concept of linking her physical experiences to computers.

She told the FT: “Feeling pain enables us to turn the metaverse world into a real [world], with increased feelings of presence and immersion.”

Tamaki is a haptic technologies researcher, which means she looks into tech that involves a sense of touch.

By 2029, she hopes to “release humans from any sort of constraint in terms of space, body and time”.

Tamaki isn’t alone in wanting to make people feel things in the metaverse.

Mark Zuckerberg’s Meta is also working on a vibrating glove that could help you feel sensations.

The idea is that the tech will make you feel more immersed in virtual reality.

You may not want to experience what it’s like to have a bird pinching your skin but Tamaki thinks you may want to replicate what it was like to throw a ball with a loved one, pain and all.

She told the FT: “People like me, who cannot go out often because I don’t have enough muscle due to heart disease, can travel anywhere, anytime.”

We pay for your stories!

Do you have a story for The US Sun team?