To build solid growth, the digital company needs to think beyond traditional media and e-commerce

So what’s next for a digital media company that is scaling back its news staff and struggling to gain a foothold in the supposedly more lucrative e-commerce space? In order to continue positioning itself as a profitable tech player, multiple experts told TheWrap that BuzzFeed needs to look to opportunities in Web3, the blockchain-based next wave of the internet supporting cutting-edge tech such as NFTs and the metaverse.

“It would be consistent with the tech-forward story they are selling to [Wall] Street,” Peter Csathy, chairman of media and tech advisory firm CREATV Media, told TheWrap. “The trick is to convince the Street that it is more than a media company with these numbers … and commerce is also the burgeoning world of Web3.”

As the first digital media company to go public, BuzzFeed faces growing pressure to boost its profit margins — and traditional advertising and content-based revenues will not be enough to convince investors. In gearing up for its IPO, BuzzFeed touted its commerce growth potential, particularly with the food brand Tasty and the youth entertainment company Complex Networks. Each generate commissions on sales through content, events, clothing and other merchandising.

“As a private company, BuzzFeed could attempt any new revenue growth strategy with little fanfare outside of the organization,” Paul Roberts, founder and CEO of digital ad firm Kubient, said. “As a newly public company, there is a tremendous amount of pressure to not only share your roadmap, but to also execute against that roadmap.”

One possible revenue source would be non-fungible tokens (NFTs), those collectible bits of blockchain that everyone from Hollywood studios to up-and-coming artists have made into the Next Big Thing. Legacy publishers from The New York Times to The Associated Press have sold NFTs of their articles and photography for six-figure sums. Some digital artists have made tens of millions auctioning their work. BuzzFeed could ostensibly get into the game with its brands or content to create digital goods that could be used in the metaverse, an immersive virtual reality world.

“It certainly could be … a limited edition Gucci bag NFT, or it could be enabling a celebrity, whom they cover in content, to bring an NFT opportunity to their audience, [like a new song, visual or experience],” Csathy said.

NFTs could also allow BuzzFeed to go back to its roots. Memes, quizzes and viral content, ingrained in BuzzFeed’s DNA at its height, especially lend themselves to this digital economy.

“They could build a footprint [in NFTs] with entertainment,” Quynh Mai, CEO of marketing firm Moving Image and Content, said. “The core of their content business is trending on pop culture, unlike Hearst or Condé Nast.”

Developing more Web3 products could help BuzzFeed attract a younger demographic. While millennial entertainment is what made BuzzFeed BuzzFeed, companies are now targeting the even-younger Gen Z. Based on a 2021 study by betting app Gamblers Pick, Gen Z is more likely than other generations to be influenced by platforms like Reddit and Twitter to invest in crypto, memes and NFTs over traditional assets.

On his first earnings call, founder and CEO Jonah Peretti hinted at future investments in the metaverse even as he blamed Facebook for lagging commerce revenues. “As we unify the Complex Networks, HuffPost, and BuzzFeed teams, we see further opportunities to deepen our commerce relationships with our audiences and partners, extend into new categories, and influence shopping behavior to drive growth in this business over time,” Peretti said on the call. “And as our platform partners commit significant investments to building the metaverse, we are well positioned to capture our share of this opportunity.”

A BuzzFeed representative declined to comment further for this story. 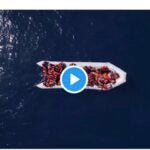 Of course, BuzzFeed is not alone in its struggles in e-commerce as the space gets more saturated and consumers shop directly through social media or slow down their spending due to inflation.

“The commerce business will only get more competitive for publishers as the world comes out of a COVID-induced buying frenzy to a more fiscally conservative period,” Roberts said.

If BuzzFeed pursues Web3 products, it would likely have to partner and leverage its various brands to build out a commerce business, Doron Gerstel, CEO at global ad firm Perion, said. “They will need partnerships with people like OpenSea and Nifty, who have already carved out huge swaths of the ecosystem,” Gerstel said. “There is certainly revenue to be captured, but they don’t have the free cash flow of some of the media giants who are already staking their claims. So they need a BuzzFeed-first strategy.”

Another path would be for BuzzFeed to acquire experienced companies in those sectors, from tech platforms to crypto companies, to further establish itself as a tech-driven company. In the past decade, BuzzFeed’s purchases have included the data company Kingfish Labs, consumer web company Torando Labs, cloud platform GoPop and news site HuffPost.

“Media companies don’t have a good grasp of NFTs yet,” Csathy said. “Looking outside of the box of commerce is truly what will get them into the promise land.”