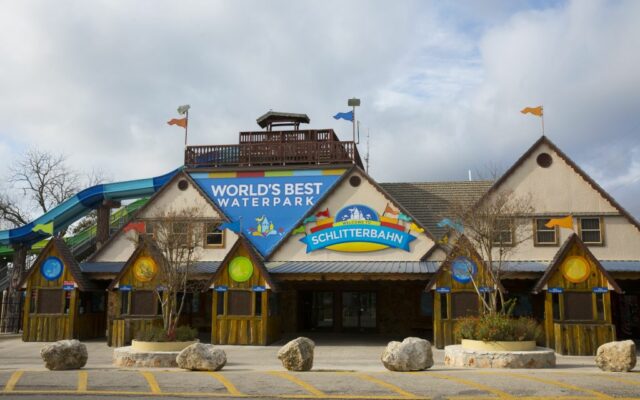 NEW BRAUNFELS, TX – NOVEMBER 6: Schlitterbahn Waterpark and Resort where Devin Patrick Kelley worked is seen November 6, 2017 in New Braunfels, Texas. Kelley was the alledged gunman that killed at least 26 people and as many as 20 injured in mass shooting at First Baptist Church in Sutherland Springs, Texas. (Photo by Erich Schlegel/Getty Images)

Bloomberg reported the offer is worth $3.4 billion.

Cedar Fair in a statement said its board of directors will be carefully reviewing the proposal to determine what is in the best interest of the company and shareholders.

Locally, SeaWorld owns SeaWorld San Antonio and Aquatica San Antonio on the city’s far west side.  The proposed deal would have these two parks plus Schlitterbahn in New Braunfels all owned by the same company.