Being a decentralized market, and generally outside of the purview of regulators, the crypto market is one that’s perhaps more susceptible to hysteria. Sentiment drives a significant portion of the returns crypto investors have seen of late. Up to now, capital has mostly flowed in the direction of this sentiment.

However, a recent tweet by Elon Musk calling out the web3 crowd appears to have struck a nerve yet again. 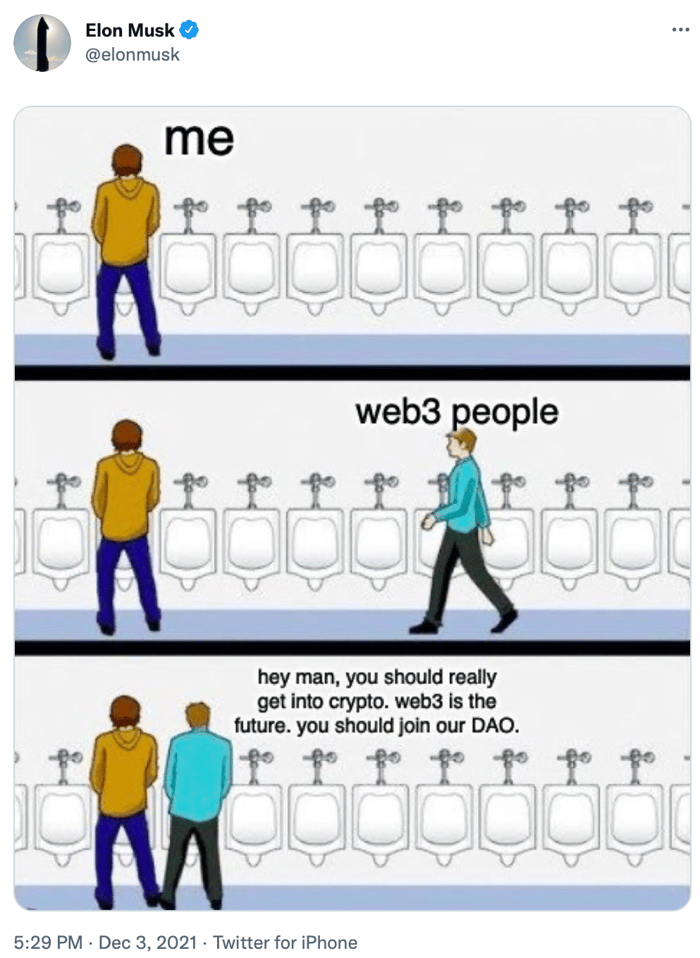 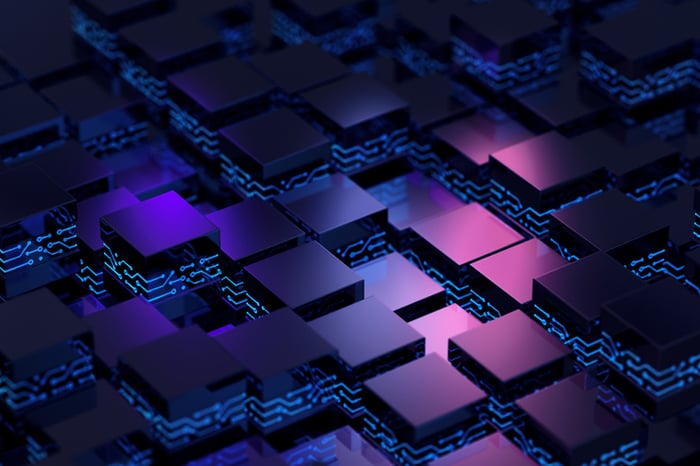 Elon Musk’s Twitter account currently has more than 65 million followers. While the Tesla CEO claims he doesn’t advertise, one might argue that social media has provided more than enough publicity for the richest man in the world.

This year, Mr. Musk has diverted much of his social media attention to the crypto world. Previous shiba inu-related tweets drove the price of Dogecoin and Shiba Inu into the top-10 cryptocurrencies by market capitalization, until this recent drop.

This recent jab at web3 folks comes in stark contrast to his previous tweets, which could be taken as supportive of the overall crypto movement (at least in the meme token space).

One can debate whether Mr. Musk is walking a fine line with his market-moving tweets, or simply asserting his right to free speech. That’s a fun discussion for another time.

It’s also debatable to what degree Elon Musk affected the valuations of these web3 cryptocurrencies with his tweets. After all, many larger cryptocurrencies were down significantly more than Polkadot, Filecoin and Kusama today.

However, the fact that Musk has taken a shot at web3 folks, while also (intentionally or unintentionally) pumping the valuations of dog-themed cryptocurrencies, could be a very dangerous take for investors.

In this case, it’s probably better to look at Musk’s recent tweets as rambling opinions, rather than speculative buying opportunities. Let’s give him the benefit of the doubt that he’s not actively attempting to manipulate digital asset prices.

Sentiment has driven much of the price action in the crypto space thus far. However, a shift appears to be underway, with capital focusing on higher-value projects, such as those in the web3 space.

Accordingly, it’s probably best to ignore the noise and carry on.

This article represents the opinion of the writer, who may disagree with the “official” recommendation position of a Motley Fool premium advisory service. We’re motley! Questioning an investing thesis – even one of our own – helps us all think critically about investing and make decisions that help us become smarter, happier, and richer.