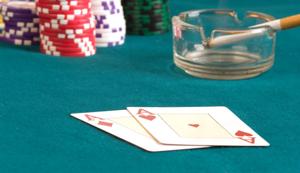 Nearly three years after a gambling expansion bill that that allowed for up to six new gambling locations in Illinois was signed into law, members of the Illinois Gaming Board have given preliminary approval for the facility to be located along Interstate 74.

“Our phase one casino will have a 41,500 square foot floor with 14 table games and over 500 slot machines,” said Danville Mayor Rickey Williams, Jr. “Probably most importantly,` 300 full-time jobs, as well as a host of good paying part-time jobs are coming. It’s going to be huge for Danville.”

According to Williams, the vast majority of Danville residents are enthusiastic about the plans, which also include two new restaurants on site. With approval in hand, work now could come quickly.

“The paperwork has been submitted to the state,” Williams said. “We already have received and approved all the submittals that are needed for the city of Danville. We are hoping to have a groundbreaking next month. And then within nine to 11 months, we should be open with our phase one casino.”

Williams says the casino will lead to an estimated $4 million to $6 million in revenue for the city, without including additional sales tax or property tax revenue.

“Total budget is just a little more than 60 million,” Williams said. “This will be an almost 10% increase in our annual revenue, with which we can do a lot of good things with for the citizens of Danville. It’s a huge economic boom.”

In addition to the ongoing revenue, the city will receive $3 million upfront through an agreement with the casino operators, $1 million each for a teen center at the local Boys & Girls Center, for municipal building upgrades, and for riverfront improvements.

Williams says the process to secure approval from the Gaming Board was hampered by various COVID-19 mitigations. But, in the end, the casino will be worth the wait.

The Mayor says there are no plans to open a temporary casino prior to the completion of the permanent facility.

Meanwhile, Rockford’s new temporary casino has been open for more than four months, with the Hard Rock Casino bringing in more than $15 million in revenue so far, according to numbers from the Illinois Gaming Board. That’s meant around $2 million dollars in taxes paid to the state and just under $1 million to the city of Rockford.

Work has not yet begun on Rockford’s permanent casino, to be located along Interstate 90, as city leaders and casino operators await final construction approval from the Illinois Gaming Board.