Could Shiba Inu Win In The Metaverse? – Motley Fool

Shiba Inu (CRYPTO:SHIB) has lost some of its luster since soaring 45,000,000% last year. The popular meme token has slipped about 37% so far this year. And at today’s price, more Shiba Inu holders are losing money than making money, according to IntoTheBlock data.

One big concern about this crypto player is its limited utility. In recent days, though, Shiba Inu announced something that could expand utility — and in one of the world’s hottest new areas. I’m talking about the metaverse. These are virtual worlds where users can buy land, build houses, and take part in a many other virtual activities. Shiba Inu says it’s on the way to launching the “Shiberse.” Can Shiba Inu’s project be a metaverse winner? Let’s find out. 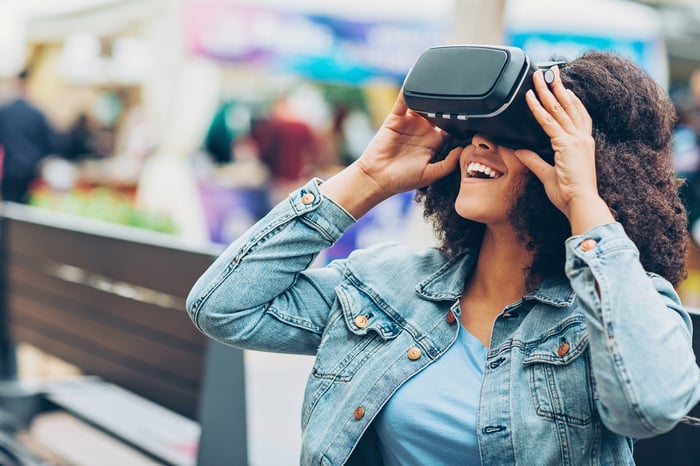 First, it’s important to note that this crypto player has spoken about entering the metaverse before. And it’s not clear if the Shiberse is part of its earlier plans or if it will stand out on its own. In any case, here, I’ll focus on Shiberse. Shiba Inu says Shiberse will be “an immersive experience for our ecosystem and the metaverse space.” The announcement on social media showed an image of a Shiba Inu dog in a forest with an axe in its mouth. The language also suggests the launch will happen this year.

Further details weren’t available. But we could imagine the project, like other metaverse players, may involve the buying and selling of land in this world — and possibly the use of one of Shiba Inu’s tokens for financial transactions there. Right now, Shiba Inu has three tokens: Shib for transactions, Leash for staking rewards, and Bone for voting on proposals.

It’s clear that the metaverse is a growing area. In fact, at a compound annual growth rate of 43%, the global metaverse market size may reach more than $828 billion in 2028, according to Emergen Research. So, it makes sense for Shiba Inu to aim for expansion in this area.

But it’s important to remember that competition is high. And many metaverse “pure plays” like The Sandbox or Decentraland are already ahead of the game — excuse the pun. I call them “pure plays” because they’re metaverse only players. You only use their native tokens to buy or sell assets within the game. And these games are already active and gaining players.

Shiba Inu right now has been used for trading, staking to gain passive income, or as a payment method at certain merchants. As I mentioned above, one of its main problems is this limited list of uses. Expanding into the metaverse — even considering the competition — would add to uses. But I’m not convinced Shiba Inu could truly stand out here or become a major figure. I would expect strong interest from supporters — known as the ShibArmy. But gaining widespread market share in the metaverse probably will be a challenge.

It’s still too early to say whether Shiba Inu will win in the metaverse. We’ll need to see more details about the Shiberse project. But one thing is sure right now: This effort isn’t enough to remove even some of the risk from this ultra-risky cryptocurrency player.

This article represents the opinion of the writer, who may disagree with the “official” recommendation position of a Motley Fool premium advisory service. We’re motley! Questioning an investing thesis — even one of our own — helps us all think critically about investing and make decisions that help us become smarter, happier, and richer.