We’re putting super in the tank this week…

This weekend in Abu Dhabi we have the F1 to look forward to, the Yasalam after-race concerts, the Mother of the Nation Festival begins and then there are all the festivities of Futr World. Why not treat this working week like the Grand Prix qualifiers. 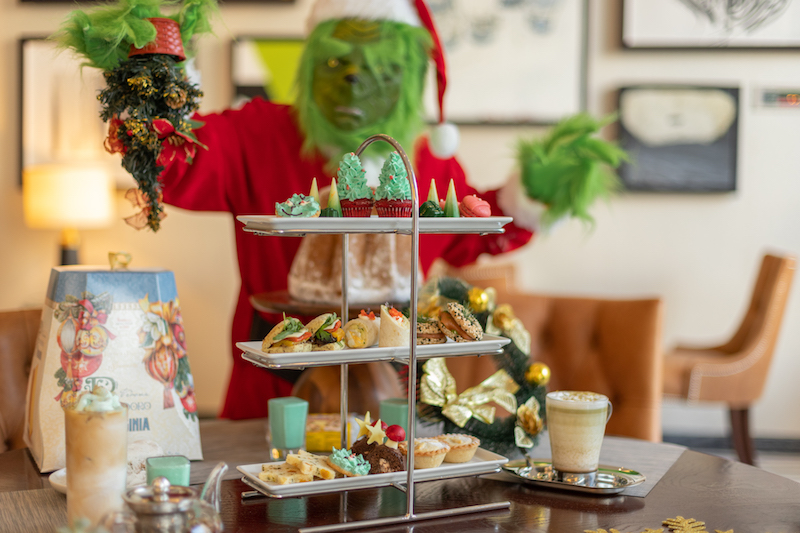 Nope, it’s not Santa with his suit of red, it’s someone more grumpy and green instead. A crafty old soul, you wouldn’t trust one inch, he’s the bitter and grouchy, Mount Crumpit Grinch. Christmas’ most famous hater, The Grinch, will be visiting Marriot Downtown this festive period and spreading more Meh-y vibes than merry ones. Your first opportunity to meet him, will be at Central Grounds special festive afternoon tea (Dhs120 or two), available daily throughout December between 1pm and 5pm. The spread includes stollen, minced pies, festive cookies, sandwiches, ginger bread, orange yule log, cinnamon scones and red current macaroon.

At the movies this week

The tumultuous tale behind the production of House of Gucci, neatly parallels that of the story it’s telling. Work began back in 2006, with Ridley Scott locked in as director and Angelina Jolie and Leonardo DiCaprio rumoured to star. Three director swaps and multiple actor shifts later, Scott found himself back in charge of a cast that included Adam Driver playing Maurizio Gucci, Lady Gaga as Patrizia Reggiani and a virtually unrecognisable Jared Leto as Paolo Gucci. The story is built around the real life family behind one of high fashion’s most powerful dynasties — we’re robed in mink and whisked through three decades of love and revenge, passion amd betrayal, cat walks and Karama knock-offs, culminating in the tragic murder of Maurizio Gucci. From the trailer, the wardrobe collections looks to be all you might hope for in a film about Gucci, the cast is another glittering ensemble with Lady Gaga in particular delivering some mesmerising lines.

Ghostbsuters: Afterlife has some strong spirit DNA — a cast featuring the vampirically youthful Paul Rudd and Finn Wolfhard (Stranger Things — and this trailer has BIG Strange Things vibes #justiceforbarb), retro gadgets, rumours of role reprisals and a trailer that teases Zuul-esque appendages. But will it all get messy with two separate timelines and a sequel dropping more than 30 years after the movie it’s supposedly following? Not if you follow Egon’s first rule of Ghostbuster club: Never cross the streams. 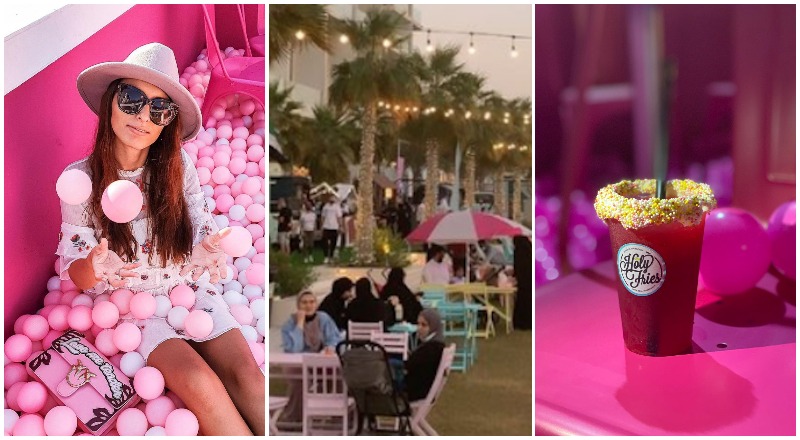 Art on a plate 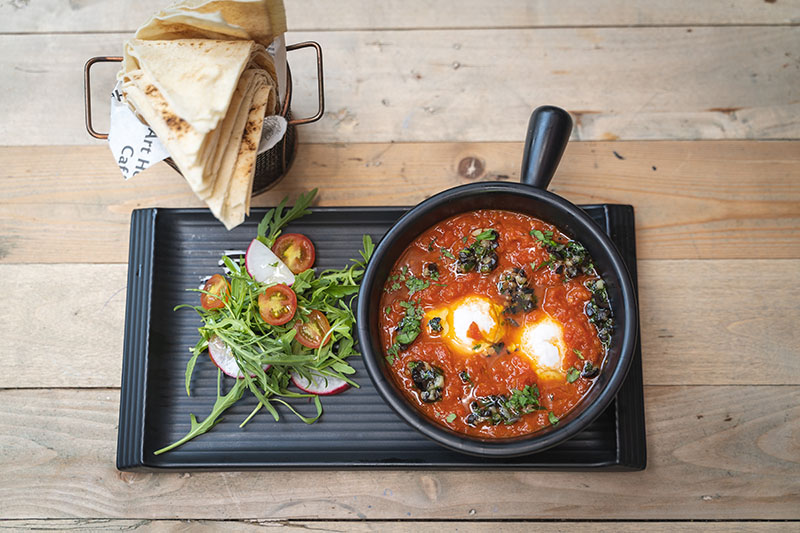 Art on the walls, art on the plates, art in their heart. Abu Dhabi’s Art House Cafe is all about providing a passionate experience, and the dining element is at the core of that. They’ve got a massive menu but their famous shakshoka is probably our pick of the brunch. Every inch feels, and smells like a truly inspirational, creative space, surrounded by botanical greens and abstract scenes. And because its a place that celebrates the creative spark, you can go full Picasso on a plate for Dhs20, there’s the option to paint masks (Dhs30) or even a miniature brick (Dhs10). 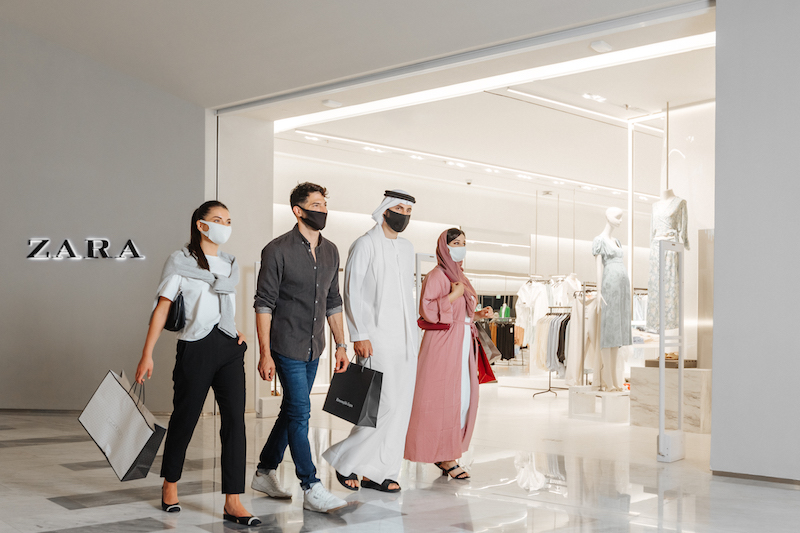 The winter edition of Abu Dhabi Shopping Season is returning to the malls and stores of Abu Dhabi from National Day, Thursday December 2 to January 31, 2022. In addition to up to 80 per cent sales, we know there will be a return of the popular Visa card Shop and Win tie ups, where those spending Dhs200 on their Visa cards will be eligible for entry into draws to win a glittering collection of prizes, that includes three Mercedes-Benz GLC200s. 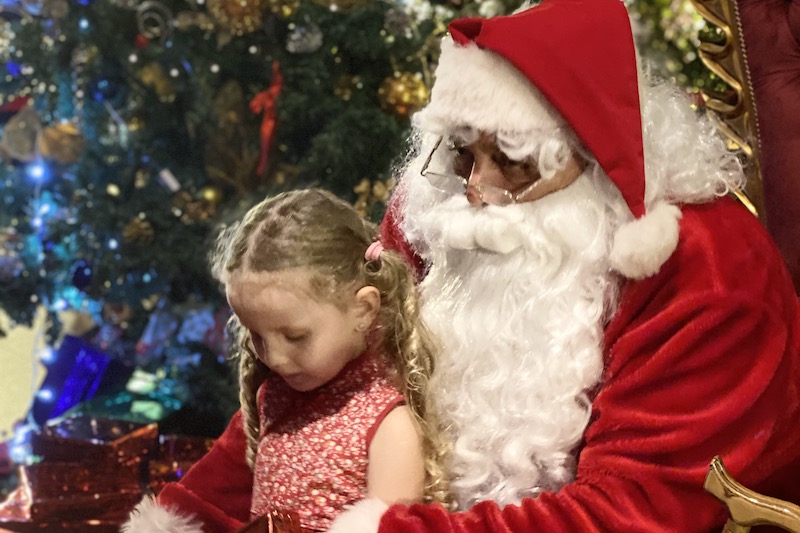 The mangroves aren’t the only trees looking lit at Anantara this Christmas period. As part of the extensive festive celebration calendar, little ones are invited to decorate a mini tree with sparkling lights, personalised ornaments, and garlands. There’ll be seasonally inspired finger food and eggnog for the parents, the kids can take their tree art home and the rumours on the street are, the man in red, old Father C will make an appearance with a sack full of prezzies.