Adams brings over 35 years of experience in banking to her new position with Taylor Bank, where she will focus on branch performance and employee development.

“We are pleased to welcome Andrea to the Taylor Bank team. She has a well-rounded background in banking, leadership and team building that will help us to further grow and deepen customer relationships,” said Taylor Bank President and CEO Ray Thompson. “She will also serve as a great mentor for our team of managers throughout our markets.”

“John has been responsible for so many improvements, which have increased the resiliency of our water and waste water systems,” Public Works Director Dallas Baker said. “His knowledge and insight are going to be missed, but what will be missed more is the great person John is. I wish him and his wife a long and happy retirement.” 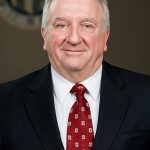 Ross played an integral role in numerous infrastructure projects, including the ongoing improvements to the Ocean Pines water system, the wastewater collection, and pumping systems, as well as the latest expansion of the wastewater treatment plant (WWTP). He also helped spearhead the construction of the new Mystic Harbour WWTP, pump station, and spray irrigation projects.

“I look back on my career with Worcester County and all that we have accomplished over that time,” Ross said. “I would single out former Public Works Director John Tustin, who most influenced me. Since I was coming from the private sector, John taught me how to work in the public sector in general, and he always supported me during our time in Worcester County. I would also recognize the dedicated personnel in the Water and Wastewater Division, County Administration staff, finance team, environmental, and planning groups who were always available to help.”

Ross played an integral role in the overall management of the Water and Wastewater Division of Public Works, where he planned, directed, and administered day-to-day operational activities, as well as water and wastewater treatment plant and pump station upgrades and expansions.

POCOMOKE – Senior Advisor Wesley Cox of the Hanna Team at SVN -Miller Commercial Real Estate announced the sale of a 62-unit Choice Hotel. Shailesh Shah, a broker within SVN located in Virginia, teamed up with Cox for the sale of this successfully performing hotel.

The subject property consists of five buildings, an outdoor pool, and all guest rooms had been renovated at this well-maintained hotel.

“Shailesh and I stayed persistent with our efforts and after a dozen showings, we were able to find the right buyer to meet the seller’s goals,” said Cox. “The seller was realistic with their time-frame, and we ultimately found an out-of-state buyer that saw the value in this property who will successfully operate this hotel into the future.”

The association honored five with the accolade as part of SU’s annual Fall Commencement celebration. They include Drs. Stephen Adams, Management and Marketing, of the Franklin P. Perdue School of Business; Claudia Burgess, Early and Elementary Education, of the Samuel W. and Marilyn C. Seidel School of Education; Brandye Nobiling, Public Health, of the College of Health and Human Services; Brian Polkinghorn, Conflict Analysis and Dispute Resolution, of the Charles R. and Martha N. Fulton School of Liberal Arts; and Eugene Williams, Biological Sciences, of the Richard A. Henson School of Science and Technology.

“SU has incredibly dedicated professors who are deeply invested in their students,” said Lili Leonard, Alumni Association president. “Each year, the Alumni Association’s Awards and Scholarship Committee spotlights five of them, representing each of SU’s academic schools and colleges.”

In their nominations, alumni frequently gave eloquent and heartfelt praise to this year’s recipients, whom many said helped shape their experiences at SU.

Adams “is a constant source of inspiration and wise counsel to his students,” said one alumnus. He “is a brilliant author … [and] values his students’ ideas and helps them to refine and develop their entrepreneurial talents.”

“Dr. Burgess is, without a doubt, the most influential instructor I had during my time at SU,” said her nominator. “More than anything, I’ll never forget how she challenged us to think about what our roles as teachers really were.”

“I would not have achieved many of my academic and professional successes if it were not for Dr. Nobiling,” said a former student. “As a professor, advisor and chair, she has shaped the program into what it is today. Her countless efforts and time spent working hard pays off with each graduating student.”

Polkinghorn’s “ability to teach through story, inspire the uninspired and imprint a profound sense of feeling educated … changed my life and has changed the lives of countless others,” said an alumnus. “He is a go-getter, a builder and a uniter.”

“Dr. Williams is a true educator who loves science,” said a former undergraduate and current graduate student. “His commitment and dedication to teaching is unwavering, and any student is lucky to have him as a professor.”

SALISBURY — Cathy Diekmann has joined the Community Foundation of the Eastern Shore as Program Officer where she will lead the administrative aspects of scholarships and provide additional support in nonprofit capacity building. 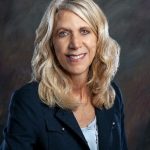 “Cathy’s expertise in the nonprofit sector along with her program development and relationship-building skills, are a great addition to the Community Foundation,” said CFES President Erica Joseph. “We are excited to expand our team and put Cathy’s skills to use in helping Lower Shore nonprofits and students.”

Diekmann’s professional background includes her most recent position as the Director of Membership Services for the Salisbury Area Chamber of Commerce, along with over 25 years of experience in conflict resolution education, training design, and nonprofit program development.

“For years, I have been encouraged by the Community Foundation’s mission to serve the common good of the Lower Eastern Shore by connecting people who care to causes that matter. I am grateful to now have a more direct role in serving that mission,” Diekmann said.

SALISBURY — United Way of the Lower Eastern Shore (UWLES) recently received a gift through the David & Alice Bernstein Charitable Remainder Trust, which will contribute to the 1944 Legacy Fund. Through this generous gift, UWLES will be able to honor the Bernstein Family annually while continuing their work to meet critical needs across Dorchester, Somerset, Wicomico and Worcester counties.

“We are honored that the Bernstein family chose UWLES to steward a portion of their trust,” said UWLES’ Leadership & Planned Giving Officer Cathie Thomas. “Being able to contribute to this fund allows us to have a lasting impression on the Lower Shore for many years and helps to share with the community the options they have when they are doing their estate planning.”

UWLES was also pleased to honor the wishes of the family by facilitating a gift to HALO (Hope and Life Outreach) to create an onsite laundry facility.